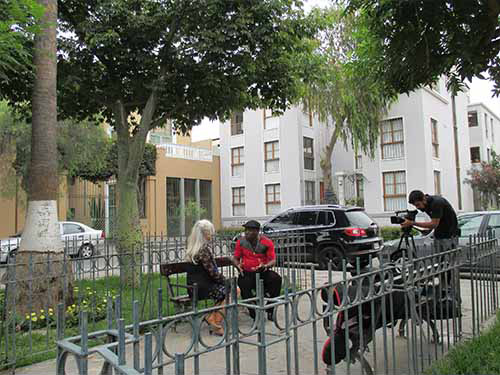 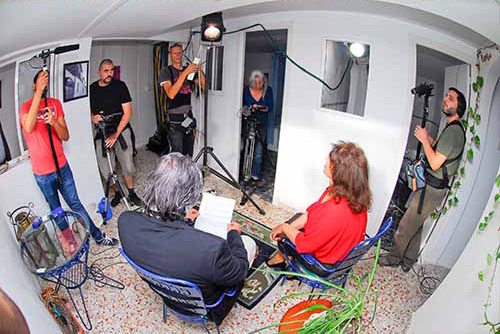 Our hard-working crew, whether of one person or many, includes really wonderful people whose work we greatly appreciate.

Palomino Productions  (the dba of Palomino Pro, LLC) is the production arm for filmmaker Eve A. Ma, the natural outgrowth of her earlier sole proprietorship. Production is sometimes done “guerilla” style, with only Ma or perhaps Ma and a sound technician doing the shoot. At other times, we use a larger crew of up to 11 people.

Over the years, the company — and Ma — have created a substantial body of work. Most of this has been documentaries on video, intended for television, home viewing, and the educational market. Ma is particliarly known for her work on topics related to ethnic and cultural diversity, and the performing arts. In addition, the company has produced several music albums and Ma has also created one drama and a number of experimental shorts.

The videos, several of which are in Spanish as well as English, have screened in festivals in eight countries on four continents, and won awards in the USA and Germany. In addition to festivals, several of the films aired over Spain television, and also over individual PBS stations in the United States.

The list of people and organizations which have helped Ma along the way is very, very long and she is grateful to each and every one.
To view a partial list, please go to the THANKS section of this web site.